Skip to content
Cancer: The tests you need to know about 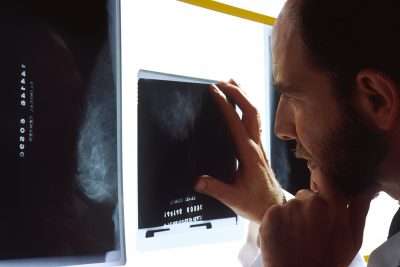 Helen Moremont, of the charity AMMF, says if you have symptoms of bile duct cancer that don’t improve, ask your GP to run a liver-function test.

An early ovarian cancer-screening tool is in development. ‘In the meantime, if you have symptoms for longer than a 12-day period, ask your GP for a CA125 blood test,’ says Katherine Taylor of Ovarian Cancer Action. ‘It’s a bio-marker test that’s freely available.’

Since the early 1990s, cervical cancer incidence rates have decreased by almost a quarter (23 per cent) in the UK. Women aged 25 to 49 are invited for screening every three years; 50 to 64-year-olds are invited every five years. If you experience bleeding between periods, after sex or following the menopause, or have pain during sex or in your pelvis, see your GP.

If bowel cancer is detected early, before symptoms appear, it is easier to treat. The NHS offers two types of bowel-cancer screening. Currently, everybody aged 60 to 74 is sent a home- test kit. There is also a one-off test called bowel scope screening (which takes place at NHS bowel-cancer screening centres), which is gradually being introduced in England for those 55 and over.

Don’t forget the protective basics: ‘Four in 10 cases of cancer can be prevented. So if you’re a smoker, stop; keep a healthy weight; eat well and stay active,’ says Dr Jasmine Just of Cancer Research UK. ‘Help stack the odds in your favour.’