Skip to content
CD24 Protein May Be Immunotherapy Target 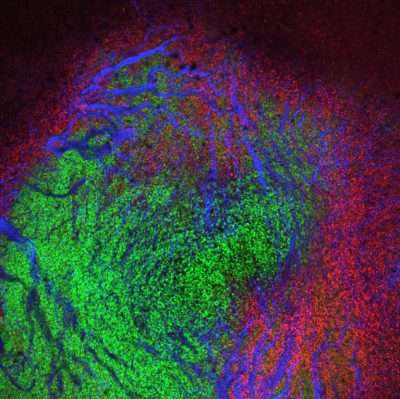 One property of cancer cells that can help them gain and maintain a foothold in the body is their ability to evade detection and destruction by the human immune system. Some tumor cells, for example, make higher-than-normal amounts of proteins called “don’t eat me” signals, which are found on the cell surface.

These “don’t eat me” proteins are a type of immune checkpoint. They are “like invisibility cloaks for the cancer,” preventing white blood cells called macrophages from detecting, engulfing, and devouring the tumor cells, explained Irving Weissman, M.D., of Stanford University School of Medicine.

In a new study, Dr. Weissman and his colleagues have discovered that a protein called CD24 is a new “don’t eat me” signal that they believe is a potential target for cancer immunotherapy.

The team’s findings suggest that ovarian cancer and triple-negative breast cancer, both of which are notoriously hard to treat, are among the cancers that could be targeted by blocking CD24, said Amira Barkal, an M.D., Ph.D. student at Stanford and lead researcher on the new study, which was published July 31 in Nature.