Skip to content
Liver Tumors Link to the Microbiome 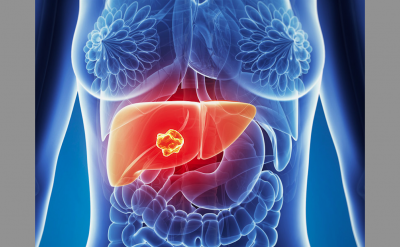 Bacteria in the gut have a profound impact on our health and rein in tumor-fighting immune cells in the liver.

The bacteria, viruses and fungi that live in and on our bodies have a profound impact on our health. Researchers are just beginning to understand how this complex community, known as the microbiome, contributes to cancer. Now, a discovery from the laboratory of Tim Greten, M.D., Deputy Chief of CCR’s Thoracic and GI Malignancies Branch, offers a clear example of how bacteria that live in the gut can hinder the immune system’s ability to control tumors in the liver.

Greten and his colleagues found that when they treated mice that are genetically predisposed to develop liver cancer with antibiotics to deplete the level of microorganisms in their guts, the animals developed fewer liver tumors. Antibiotic treatment also reduced the likelihood that tumors implanted elsewhere in the body would metastasize to the animals’ livers. Searching for an explanation, they noted that these effects occurred along with a change in the immune system. Following the reduction in gut bacteria, critical cancer-controlling cells, called natural killer T (NKT) cells, began to flourish in the liver. The findings were published in Science.