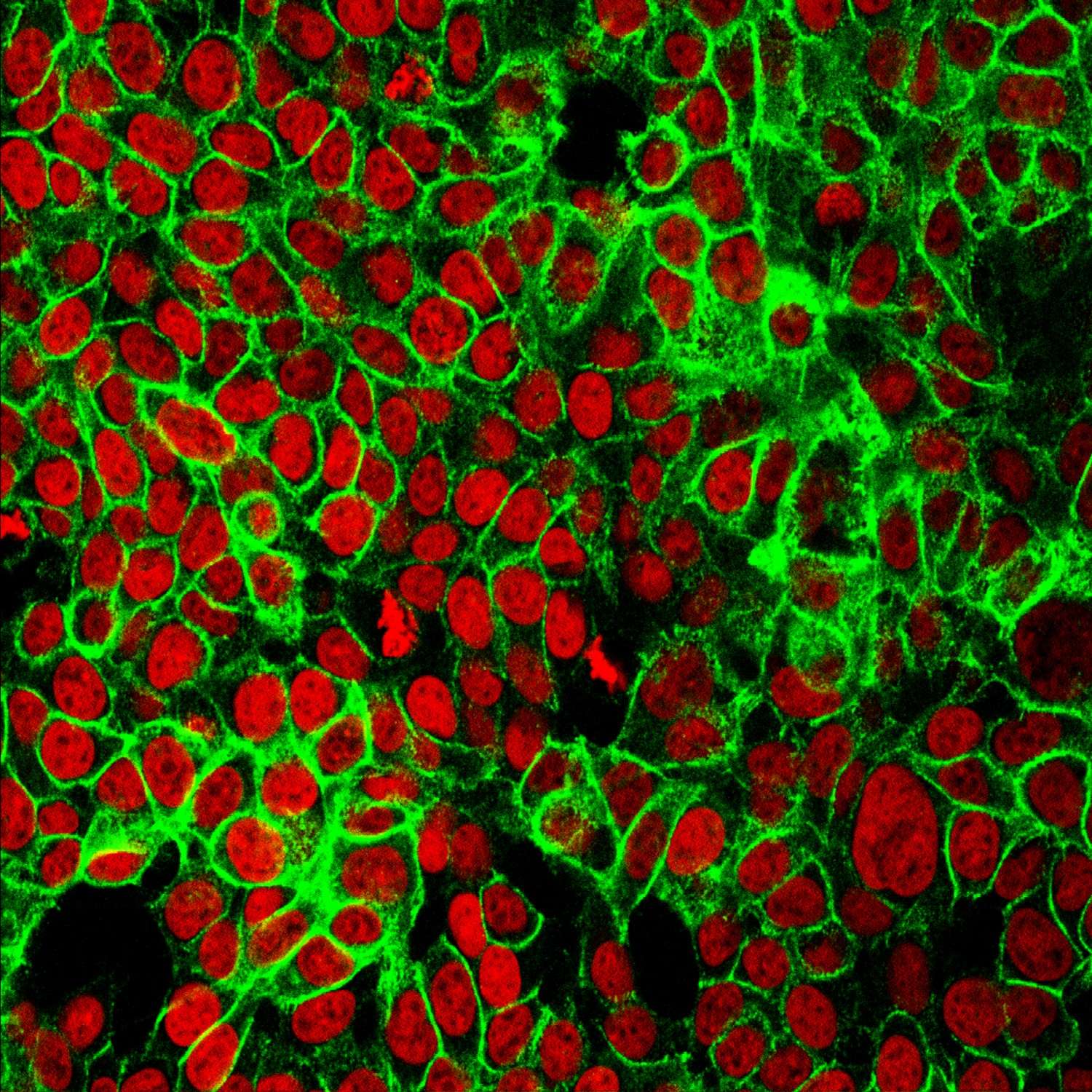 Colon cancer cells deficient in p53, one of the most important control proteins in cell growth, activate a particular metabolic pathway to adapt to the lack of oxygen and nutrients inside the tumor. Statins, which are often prescribed to lower cholesterol, block this metabolic pathway and cause the cancer cells to die, as scientists from the German Cancer Research Center (DKFZ) have now discovered. The researchers now intend to investigate this potential treatment strategy in more detail in cancer cells and animal experiments.

Once a tumor has reached a certain size, the cancer cells face a particular challenge: Growing in a disorganized way, tumors lack blood vessels, which leads to oxygen and nutrient deficiency inside the tumor. “Cancer cells have to completely reorganize their entire metabolism to adapt to this deficiency,” Almut Schulze, an expert on metabolism at DKFZ, explained.

In her current work, Schulze investigated indications that the important control protein and tumor suppressor p53 plays a crucial role in adapting to deficiencies. Schulze and her team examined p53-deficient colon cancer cells to find out how p53 actually impacts on metabolic adaptation.

In order to mimic the deficient environment inside a cancerous tumor in a Petri dish, the researchers let the cancer cells grow into small spheroids. Colon cancer cells with intact p53 adapted to the deficient environment by restricting their growth. In contrast, the p53-deficient tumor cells inside the spheroids continued to grow as before, activating a metabolic pathway known as the mevalonate pathway, which supplied the cells with cholesterol, an important cell membrane component.

The mevalonate pathway can be inhibited using statins, which are common cholesterol-lowering agents. Treatment with statins did in fact induce apoptosis in the deficient environment inside the p53-deficient microtumors. In contrast, microtumors with intact p53 did not respond to the treatment.

Schulze and her team also found another way in which p53-deficient colon cancer cells adapted to the deficiencies: The activated mevalonate pathway also promoted the synthesis of ubiquinone, an important component in electron transport in the respiratory chain. In deficient environments, cancer cells are more heavily dependent on this substance — also called coenzyme Q10 — to synthesize new DNA.

“Cancer cells that are deficient in p53 use the mevalonate pathway to promote cell respiration and to access key cell components, hence ensuring their survival. From an oncologist’s viewpoint, it is particularly interesting that this metabolic pathway is easy to inhibit with statins, allowing us to use a common drug to induce apoptosis in the cancer cells,” Almut Schulze explained. “This only applies under the particular conditions of deficiency that prevail inside a tumor, however,” she added. “That means that statins should be combined with agents that promote this metabolic stress, such as drugs that inhibit the formation of new blood vessels.” Schulze hopes to test this new treatment strategy on tumor cells and in animal experiments as soon as possible.