Skip to content
Radiation breaks connections in the brain 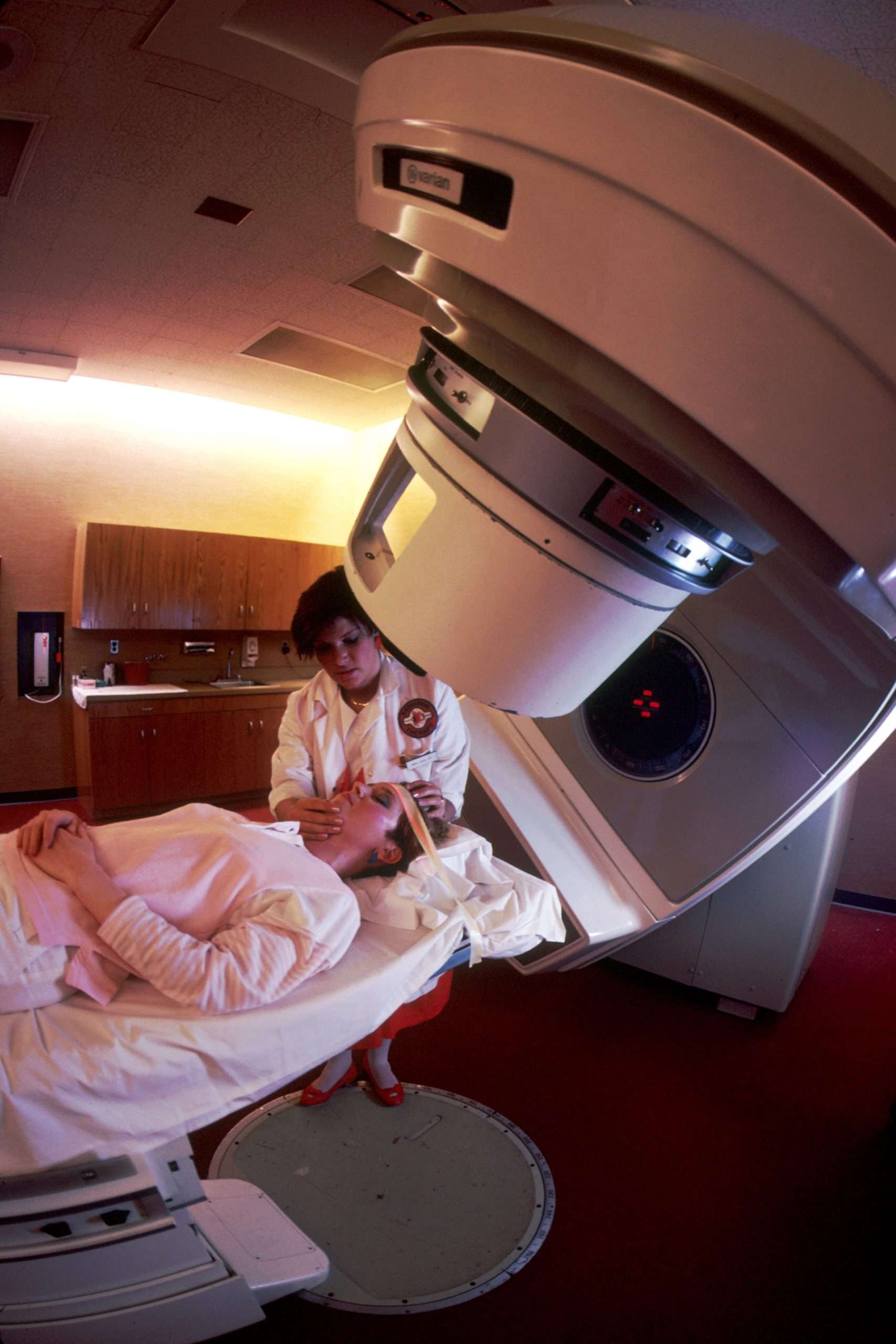 A female patient is lying on a bed with a technician positioning the patient’s head in preparation for radiotherapy.  Photo courtesy of: NCI Visuals Online

Radiation breaks connections in the brain

One of the potentially life-altering side effects that patients experience after cranial radiotherapy for brain cancer is cognitive impairment. Researchers now believe that they have pinpointed why this occurs and these findings could point the way for new therapies to protect the brain from the damage caused by radiation.

The new study — which appears in the journal Scientific Reports — shows that radiation exposure triggers an immune response in the brain that severs connections between nerve cells. While the immune system’s role in remodeling the complex network of links between neurons is normal in the healthy brain, radiation appears to send the process into overdrive, resulting in damage that could be responsible for the cognitive and memory problems that patients often face after radiotherapy.

“The brain undergoes a constant process of rewiring itself and cells in the immune system act like gardeners, carefully pruning the synapses that connect neurons,” said Kerry O’Banion, M.D., Ph.D., a professor in the University of Rochester Del Monte Institute for Neuroscience and senior author of the study which was conducted in mice. “When exposed to radiation, these cells become overactive and destroy the nodes on nerve cells that allow them to form connections with their neighbors.”

The culprit is a cell in the immune system called microglia. These cells serve as the brain’s sentinels, seeking out and destroying infections, and cleaning up damaged tissue after an injury. In recent years, scientists have begun to understand and appreciate microglia’s role in the ongoing process by which the networks and connections between neurons are constantly wired and rewired during development and to support learning, memory, cognition, and sensory function.

Microglia interact with neurons at the synapse, the juncture where the axon of one neuron connects and communicates with another. Synapses are clustered on arms that extend out from the receiving neuron’s main body called dendrites. When a connection is no longer required, signals are sent out in the form of proteins that tell microglia to destroy the synapse and remove the link with its neighbor.

In the new study, researchers exposed the mice to radiation equivalent to the doses that patients experience during cranial radiotherapy. They observed that microglia in the brain were activated and removed nodes that form one end of the synaptic juncture — called spines — which prevented the cells from making new connections with other neurons. The microglia appeared to target less mature spines, which the researchers speculate could be important for encoding new memories — a finding that may explain the cognitive difficulties that many patients experience. The researchers also observed that the damage found in the brain after radiation was more pronounced in male mice.

While advances have been made in recent years in cranial radiotherapy protocols and technology that allow clinicians to better target tumors and limit the area of the brain exposed to radiation, the results of the study show that the brain remains at significant risk to damage during therapy.

The research points to two possible approaches that could help prevent damages to nerve cells, including blocking a receptor called CR3 that is responsible for synapse removal by microglia. When the CR3 receptor was suppressed in mice, the animals did not experience synaptic loss when exposed to radiation. Another approach could be to tamp down the brain’s immune response while the person undergoes radiotherapy to prevent microglia from becoming overactive.