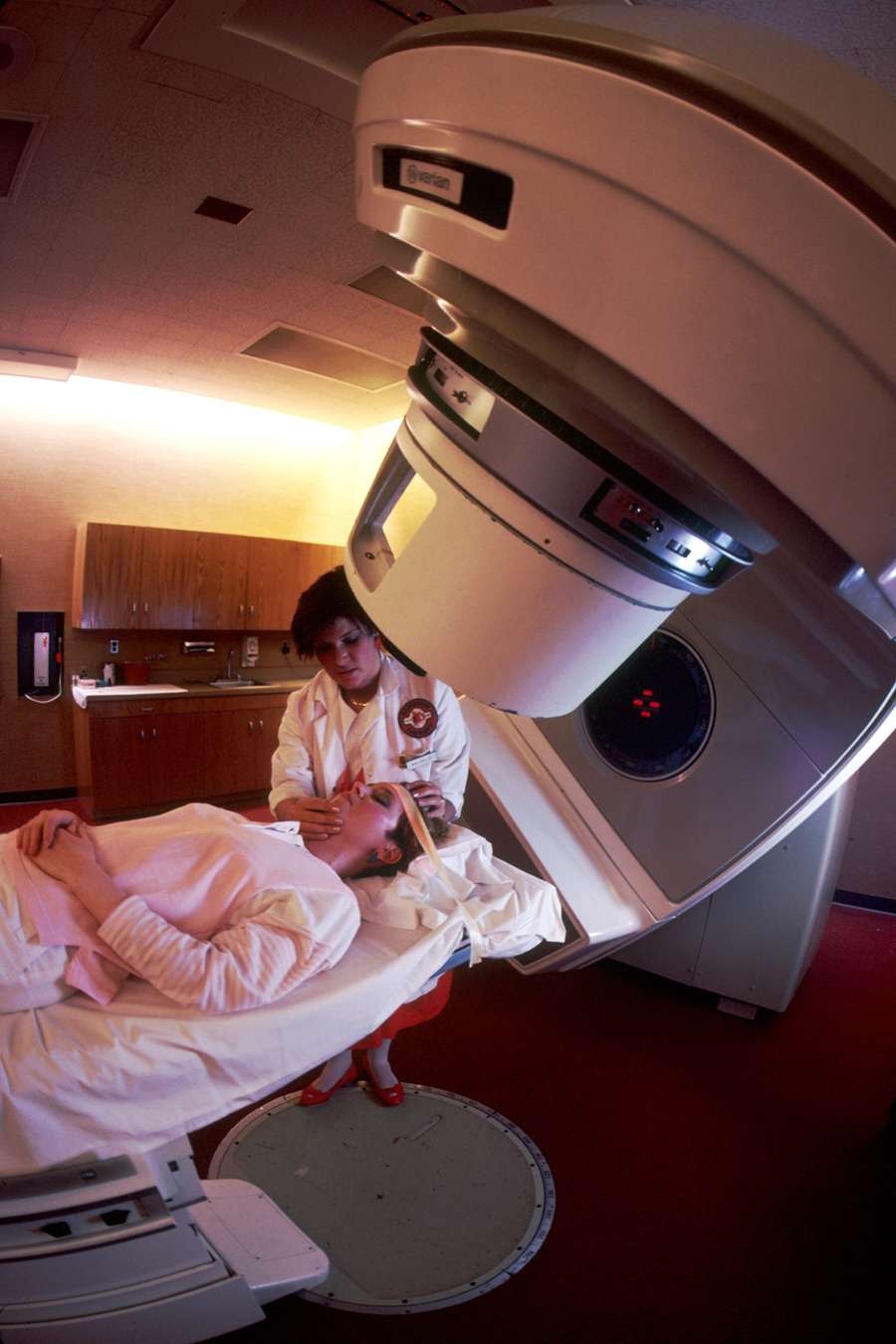 For most women with early breast cancer, a single dose of targeted radiotherapy during surgery is just as effective as conventional radiotherapy, which requires several visits to hospital after surgery.

The findings, published by The BMJ today, show that intraoperative radiotherapy is associated with around an 80% chance of avoiding a full course of conventional radiotherapy, fewer side effects and no difference in survival or likelihood of the cancer returning.

Results from an earlier report of single-dose targeted intraoperative radiotherapy were promising, but doctors have been waiting for longer term results before adopting the procedure more widely.

The new findings are based on 2,298 women, aged 45 or older, who were eligible for breast conservation surgery (lumpectomy) at 32 centres in 10 countries in the UK, Europe, Australia, USA and Canada.

The long term results show that TARGIT-IORT was no worse than EBRT. After five years of monitoring, the local recurrence risk was 2.11% for TARGIT-IORT compared with 0.95% for EBRT. This difference of 1.16% is not considered clinically significant.

Over a longer follow-up period (average 8.6 years, maximum 18.9 years) there were no statistically significant differences in local recurrence-free survival (167 vs 147 events), mastectomy-free survival (170 vs 175 events), overall survival (110 vs 131 events) and breast cancer deaths (65 vs 57 events).

Deaths from other causes were significantly lower (45 vs 74 events) with TARGIT-IORT compared with EBRT. The major risk factors for such deaths (age and body mass index) were well matched between the groups.

The researchers point to some study limitations, such as possible overdiagnosis of non-invasive local recurrence affecting the results, and not collecting all the background risk factors for deaths from non breast cancer causes. However strengths included the randomised design, a large sample size with a long duration and high level of complete follow up, suggesting that the results are reliable and robust.

As such, the researchers say that for the large proportion of early breast cancer patients “risk adapted immediate single-dose TARGIT-IORT during lumpectomy is an effective alternative to EBRT, with comparable long-term efficacy for cancer control, and lower non-breast-cancer mortality.”

Single-dose TARGIT-IORT during lumpectomy “should be accessible to healthcare providers and discussed with patients when surgery for breast cancer is being planned,” they conclude.